Good economic news from Europe adds pressure to the dollar as euro becomes top currencies’ winner and gets a Technical Rating upgrade.

Good economic news from Europe is putting pressure to the dollar and is helping euro to become the major currencies’ top performer. The euro-area economy has recorded 16 consecutive quarters of expansion and economic sentiment is on the rise, signaling that the recovery might strengthen.

DomiStock’s Cross Currencies Screen shows euro gaining 4,62% and 6.8% in the last 25 and 100 sessions accordingly, more than any other of the major international currencies. It also shows dollar being the worst performer, losing 0.9% and 5% in the according time spans. 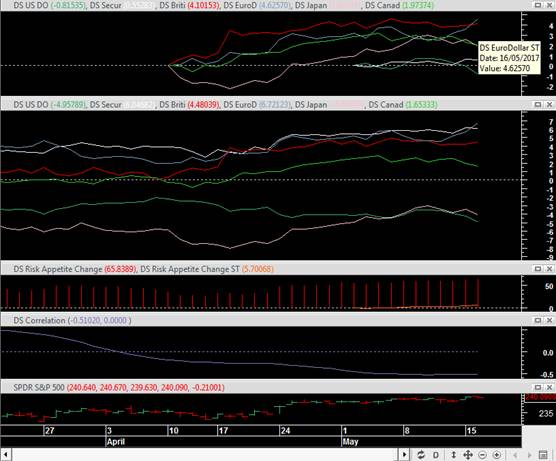 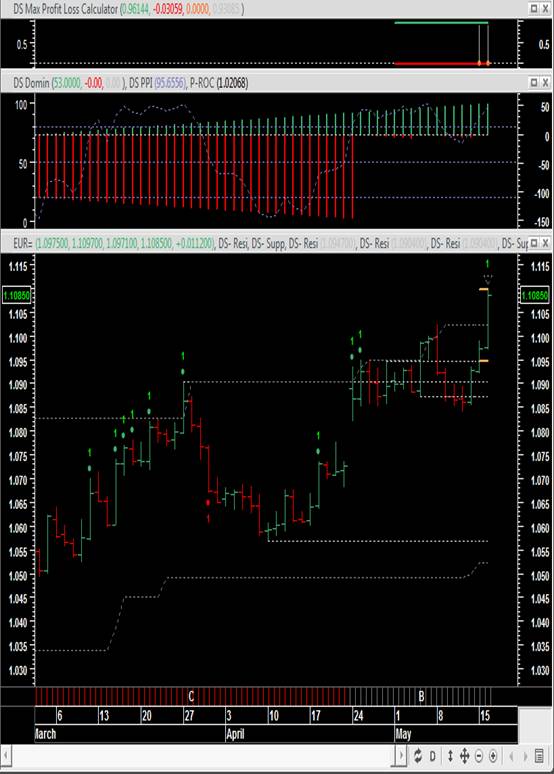 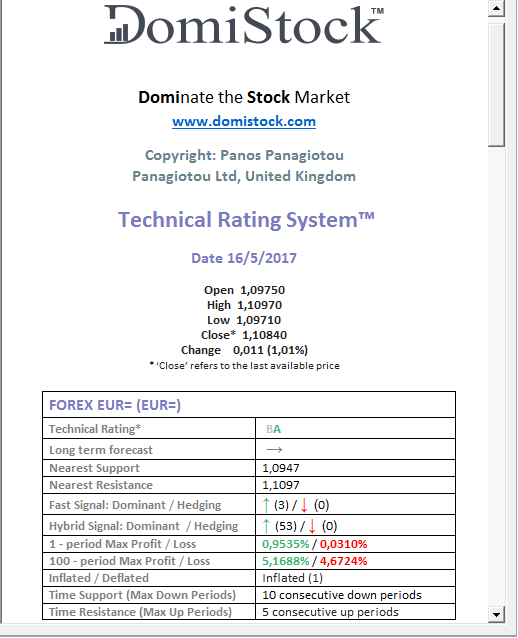 EUR/USD breached resistance at 1,094 and at 1.1022 and an extreme demand alert was produced by DomiStock.

In search for medium to long term upward targets for the euro, I turned to the monthly chart of the Dominant & Hedging System’s template and found two main of them: the first one at 1,1167, which is the end of the resistance trendline that DomiStock has drawn and the second one at 1,1365 and August’s top, which is the one picked by DomiStock’s nearest support – resistance recognition tool. 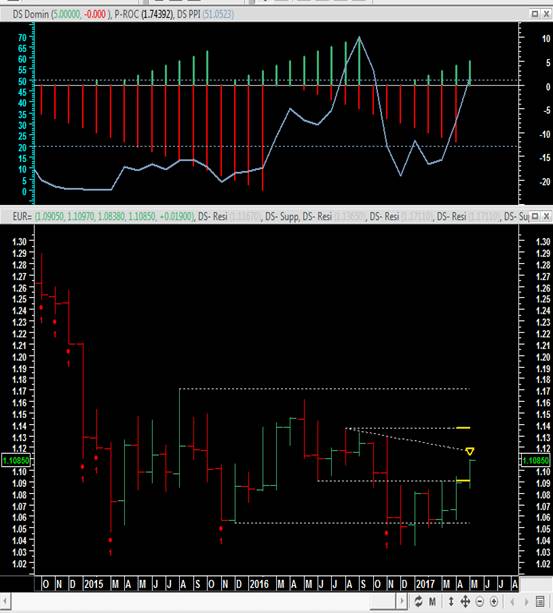 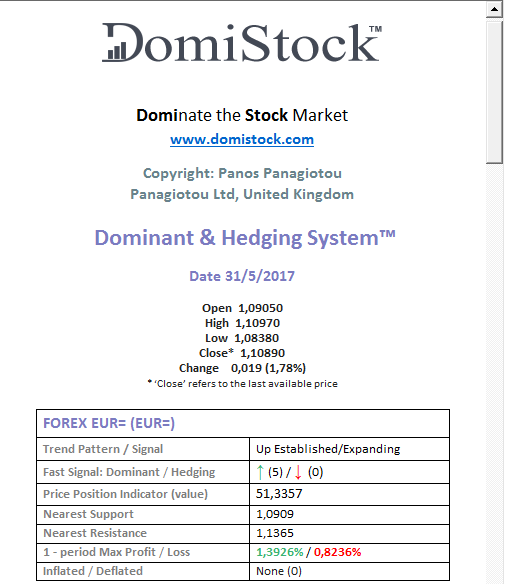